What is “Hearsay” Anyway? Tips for Lawyers and Non-Lawyers

“Hearsay” has been in the news a lot lately. It’s kind of the evil twin of another term getting a lot of play: “direct knowledge.” Hearsay and direct knowledge are not exactly opposites, but you could say they are two sides of a coin.

As a trial lawyer with at least a basic understanding of the hearsay rule, I cringe when people use terms like “hearsay” and “direct knowledge” without really understanding what they mean.

But we lawyers mustn’t carp too much. “Hearsay” has an ordinary meaning in popular discourse that doesn’t pretend to match the legal definition of hearsay. When an ordinary person says that information is hearsay, they just mean it’s secondhand knowledge. There’s nothing wrong with using the word “hearsay” in that ordinary sense—in theory.

Plus, even lawyers have a hard time with the legal definition of hearsay. I doubt the average non-litigator lawyer could give you a good definition. Even some litigators might struggle to explain it. And in my experience, even the average trial court judge doesn’t have a firm grasp of the hearsay rule.[1]

So what is hearsay? The legal definition is simple: an out of court statement offered for the truth of the matter asserted.[2]

But there’s a lot wrapped up in that definition. Plus, as any Law and Order fan knows, there are exceptions to the hearsay rule. More about that later.

The “out of court statement” part is not too difficult. Let’s say I’m trying to prove that Dawn Davis embezzled money from her former employer, Paula Payne Windows. I call Paula Payne, the owner of the company, to the stand. “Ms. Payne,” I ask, “how do you know Ms. Davis forged those checks?” “Because my bookkeeper told me she saw Ms. Davis do it,” she answers.

But trust me, the “truth of the matter asserted” is where the hearsay rule gets hard. It’s the part that even some judges and lawyers struggle to understand. And that’s before we even get to the exceptions.

Let’s start with a relatively easy example where a statement is not offered for the truth of the matter asserted.

“Ms. Payne,” I say, “please take a look at Plaintiff’s Exhibit 10, is that an email from Ms. Davis to your bookkeeper?” “Yes,” Payne says. “What did Ms. Davis say in the email?” I ask. “She said can you please take care of getting the attached invoice paid,” Payne answers.

Here, the statement in the email is clearly an out of court statement. But is it offered for the truth of the matter asserted?

It depends on what I’m trying to prove. Let’s say that the point is to prove a scheme to submit fraudulent vendor invoices on behalf of a company that Davis secretly owned. In that case, I am not offering the email for the truth of the matter asserted. If anything, I’m offering Davis’s statement in the email to prove the opposite of what it asserts.

So in this case, if opposing counsel says “objection, hearsay,” the judge should say “overruled.”

But it’s not always this easy. Sometimes, a statement is offered both for the truth of the matter asserted and for another purpose.

Let’s say I’m trying to prove that Davis secretly accepted a job offer from Paula Payne’s fierce competitor, Real Cheap Windows. “Mr. President of Real Cheap Windows,” I say, “what did Ms. Davis say to you when you offered her a job at your company?” His response: “she said yes I would like the job.”

“Yes I would like the job.” That’s an out of court statement. But is it offered for the truth of the matter asserted? Well, yes. And no.

On the one hand, I am trying to prove that Davis wanted the job and accepted the job offer. So the statement is hearsay, right?

No, not really. Here’s the thing. It’s not a question of whether the statement “I would like the job” is true or not. The relevant fact is that Davis accepted the job offer.

As my law school Evidence professor used to say, it’s a case where the “saying of the words” itself, not the truth of the words said, is significant. You could also call this a “verbal act.” Some older court opinions tend to call this sort of statement res gestae (“things done”).

And, frankly, it’s one that a lot of judges may struggle to grasp. Picture this:

Me: What did Ms. Davis say when you offered her the job?

Me: Your Honor, it’s not hearsay, it’s a verbal act.

Judge: Verbal act? What exception is that?

Me: Uh, that’s not really an exception per se. It’s just that the statement is not hearsay because, well I’m not so much offering it to prove the truth of the matter asserted.

Judge: You’re not offering it to prove she accepted the job?

You get the idea. It’s hard enough to explain this subtle distinction. It’s even harder in the heat of a courtroom battle, especially when opposing counsel is happy to contribute to the judge’s confusion.

Luckily, in this case there is an easier way out of the problem. I could simply say “it’s an admission by a party opponent, your Honor, an exception to the hearsay rule.”

This leads me to my Hearsay Practice Tip for lawyers: If a hearsay exception clearly applies and is easy to explain, argue the exception first, rather than trying to make a subtle argument about the “truth of the matter asserted.”

I promised we would get to the exceptions.

My heart was in the right place, but this was not an efficient exercise. I mean, it’s great to know that there is an “ancient documents” exception to hearsay, but over 90% of the time there are only a handful of hearsay exceptions a litigator needs to know.

You can probably get by with a thorough understanding of just three of the hearsay exceptions:

You can look up the other exceptions when needed, or memorize them if you are really nerdy. But these three should be second nature to any litigator.

The first one, impeaching the witness with prior testimony, is a trial lawyer’s bread and butter. I probably don’t need to say much about it, although the rule has some little twists and turns that are worth checking.

I shouldn’t have to say much about the second exception either, but maybe I need to anyway. I once had a trial where I offered an email from the opposing party’s president to an agent of my client. Opposing counsel jumped up and objected, “hearsay!”

“You’ve got to be kidding me,” I thought to myself. “Your Honor, this is an email from Mr. X as a representative of the company,” I said, “it’s an admission by a party opponent.”

“What exception is that?” the judge said. And this was not a new judge.

It took some discipline for me not to roll my eyes. Instead, I flipped open my Texas Rules of Court to Rule of Evidence 801. “Here it is, Rule 801(e)(2)(A), the statement is offered against an opposing party and was made by the party in an individual or representative capacity.”

Lawyers with trial experience know that exception should have been obvious to the judge. Maybe I was just being tested. And to the judge’s credit, the objection was overruled.

In practice, the business records exception is the most formulaic hearsay exception. It leads to two rituals. First, the lawyer going through the four-part definition with a witness on the stand to “prove up” the business records. Second, the pretrial “business records affidavit,” a signed and notarized statement from a records custodian reciting the four elements of the definition and swearing that the 8,000 pages of attached records meet all those elements.

In both cases it is rare that the witness really has personal knowledge of how each record was generated. But everybody kind of “looks the other way.” Opposing counsel usually doesn’t want to be a jerk and object, knowing you could pull the same move when she offers her business records. And most judges don’t require proof of the business records exception that is truly based on personal knowledge.

That’s probably the way it should be, especially when it is obvious that the documents at issue meet the exception. If it’s the type of document that is clearly a business record—like a monthly bank statement—no time should be wasted going through the elements of the exception. It’s not the time to pull a “gotcha” and suddenly become a stickler for “personal knowledge.”

Personal knowledge, which is essentially what people mean by “direct knowledge,” is important, but sometimes you have to rely on hearsay.

Imagine the owner of Paula Payne Windows gets a call from an anonymous tipster. “Paula, you don’t know me, but I’ve got some important information I feel I need to share with you. I have a friend who heard from someone who has reason to know, and that person said that Dawn Davis has been embezzling thousands of dollars from your business every month. You should probably look into it.”

What is Payne going to say? “I appreciate your call, Mr. Tipster, but I can’t rely on this information, because it is clearly hearsay. I’m not going to accuse someone of stealing based on secondhand information.”

No, obviously, that is not what Payne is going to do. She’s going to investigate this serious allegation to find out if it’s true.

So Payne calls Davis into her office the next day. “Dawn, I hate to ask you this, but I received an anonymous tip that you’ve been stealing money from the company. What do you have to say for yourself?”

“That’s hearsay!” Davis says. “That person doesn’t have any direct knowledge that I embezzled money from you.”

This response does not exactly inspire confidence. Wouldn’t you expect Davis to deny the tipster’s allegation, if it wasn’t true?

Which leads me to my Practical Tip for lawyers and non-lawyers alike: Don’t confuse courtroom rules of evidence with practical rules of life. People reasonably rely on “hearsay”—or secondhand knowledge—to make important judgments about business, politics, and life in general all the time.

Of course, testimony based on personal knowledge is generally more reliable than hearsay or other secondhand information. But it’s not everything.

zach@zachwolfelaw.com) is a Texas trial lawyer who handles non-compete and trade secret litigation at Zach Wolfe Law Firm. Thomson Reuters named him a Texas “Super Lawyer”® for Business Litigation in 2020 and 2021.

[1] This is not really a problem, because of course most trial court judges are above average.

[2] More precisely, hearsay is “a statement that: (1) the declarant does not make while testifying at the current trial or hearing; and (2) a party offers in evidence to prove the truth of the matter asserted in the statement.” Fed. R. Evid. 801(c); Tex. R. Evid. 801(c). 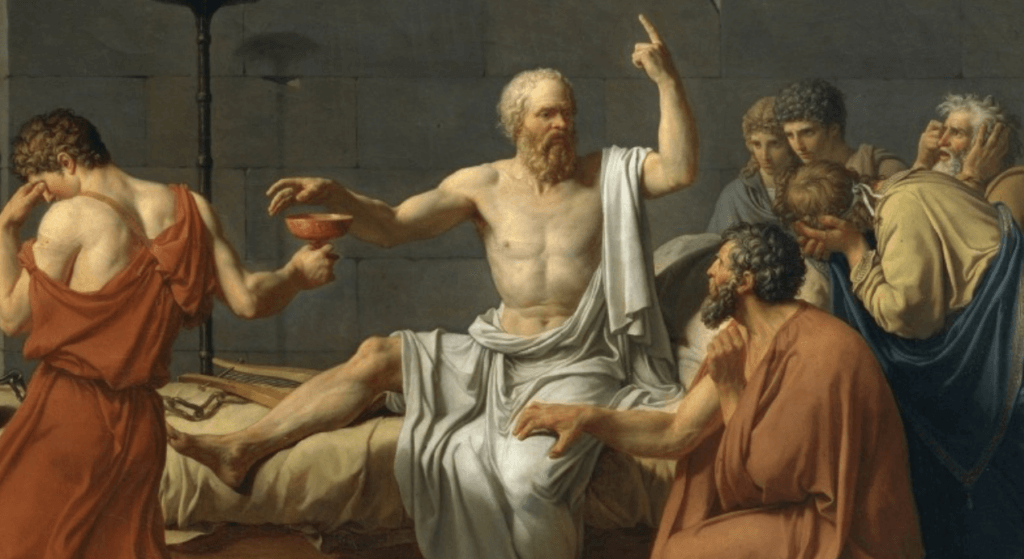 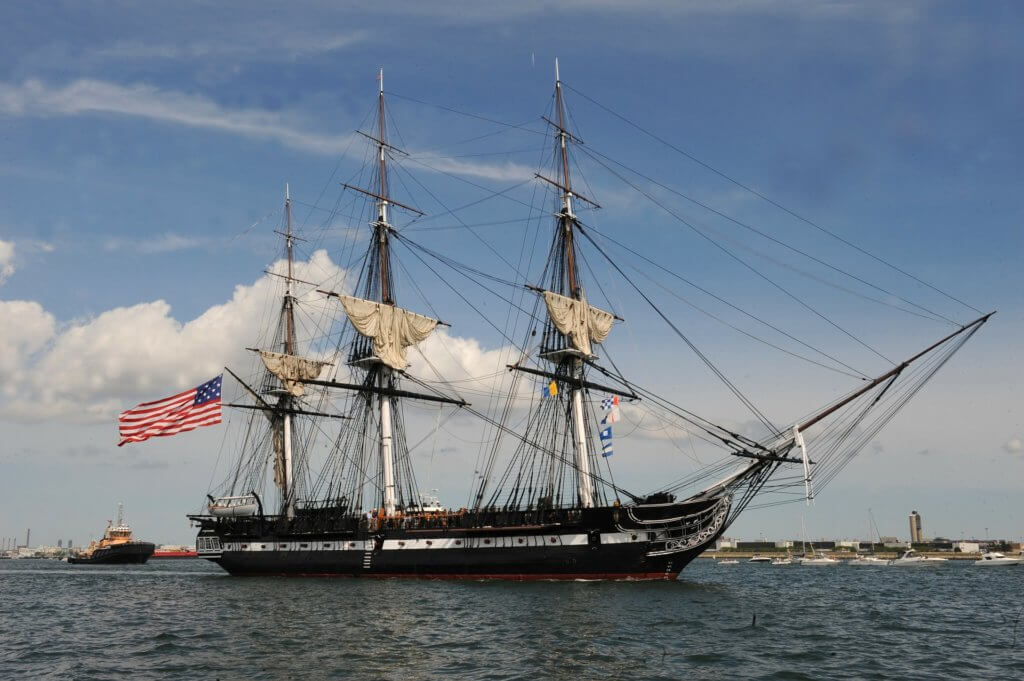 Thanks, Zach
No matter how many times I have gone to Court over the years, hearsay continues to be a challenge. This post is always timely and helpful.