Number 1: “Don’t let them know what you’re against or what you’re for”? (Aaron Burr, Sir)

“Talk less, smile more.” This is how ever-slippery Aaron Burr begins his advice to a young Alexander Hamilton. “Don’t let them know what you’re against or what you’re for.”

Hamilton, of course, completely rejects this advice. No founding father more boldly told people exactly what he thought about public issues, regardless of the personal or political consequences. “Burr, drop the niceties,” Hamilton says later in Farmer Refuted, “I’d rather be divisive than indecisive.” While Hamilton’s bold opinions inspired his supporters, his lack of diplomacy and tact ultimately rendered him ineffective when the political tide turned.

Burr, on the other hand, shows the limits of pursuing power without any guiding principles. People will catch on. When the chips are down and Burr needs Hamilton’s support, Hamilton is so repulsed by Burr’s history of crass opportunism that he endorses Jefferson, his own arch-enemy. As Hamilton explains, “Jefferson has beliefs, Burr has none” (The Election of 1800).

Lawyers tend to be timid about expressing views on controversial issues, afraid they might offend that next potential client. But the most effective leaders will strike the right balance: be decisive without being divisive.

Number 2: “I’ve never had a group of friends before” (My Shot)

“I’m only 19, but my mind is older.” By the time young Hamilton sailed from the Caribbean to New York, he was already a precocious writer, probably a genius. But to accomplish the “million things” he wanted to do, he would need more than his top-notch brain. In the vernacular of contemporary business literature, the young Hamilton was lacking in “emotional intelligence.”

Fortunately for Hamilton, he walks into a bar and immediately strikes up a friendship with southern abolitionist John Laurens, tailor-turned-spy Hercules Mulligan, and “America’s favorite fighting Frenchman,” the Marquis de Lafayette. Together, they help Washington win the war and start a new nation. Even the most intelligent leader needs a little help from some friends.

Number 3: “Include women in the sequel” (The Schuyler Sisters)

Angelica, Eliza . . . and Peggy. The Schuyler sisters. These daughters of wealthy New Yorker Philip Schuyler are downtown to watch all the guys. But Angelica is looking for more than that: “I’m looking for a mind at work.” See, Angelica has been reading Common Sense by Thomas Paine, and she can hold her own with the men. In my teenage daughter’s favorite line, Angelica says: “We hold these truths to be self-evident, that all men are created equal, and when I meet Thomas Jefferson, I’m ‘a compel him to include women in the sequel.”

In today’s professional workplace, we are “in the sequel.” In a traditionally male-dominated profession like practicing law, men sometimes forget that. Effective leadership is going to require including women as leaders and team members.

“We are outgunned, outmanned, outnumbered, out-planned.” These are the first inspiring words we hear from the pride of Mt. Vernon, George Washington. This shows us that a leader doesn’t have to sugarcoat the facts, nor does he need to affect an air of invulnerability. Right Hand Man teaches that even a great leader can let his guard down and admit weakness. “Can I be real a second?” Washington says. “Let down my guard and tell the people how I feel a second?” He then admits, “I’m in dire need of assistance.”

Like every leader, Washington needed someone to help him. “I cannot be everywhere at once, people.” In fact, the greater your level of responsibility, the more you will need to delegate. Like Washington, you’re “gonna need a right-hand man.”

5: “Immigrants, we get the job done” (Yorktown)

On the cusp of the decisive battle of the Revolutionary War, Hamilton and his friend Lafayette reunite and look back at their accomplishments. “We’re finally on the field, we’ve had quite a run—immigrants, we get the job done.” This may be my adopted son’s favorite line.

Apparently this line started generating so much applause that they had to add a break in the song. It also caused such a ruckus that Donald Trump pledged to build a wall around the theater. (Ok, I stole that joke.)

Number 6: “Why do you write like you’re running out of time?” (Non-Stop)

Hamilton, author of most of the Federalist Papers, was a great, prolific writer. If Hamilton had a weakness as a writer, it was that he wrote too much. In Non-Stop, Burr acknowledges Hamilton’s skill with the quill, but he admonishes Hamilton to be more concise in his oratory (“Our client Levi Weeks is innocent, call your first witness, that’s all you had to say”).

Hamilton also goes wrong by relying too heavily on his writing. Exhibit 1: the misguided and embarrassing “Reynolds Pamphlet.” Hamilton’s experience shows us that, while good writing is important, it’s not everything. A leader has to recognize the limits of the written word and know how to relate to people in person. Sometimes it’s better to pick up the phone or walk down the hall than to fire off another email.

In Cabinet Battle #1, President Washington must decide whether to support Treasury Secretary Hamilton’s plan to establish a national bank and assume state debts. Secretary of State Jefferson is adamantly against it. Naturally, Washington relies on an old-school rap battle to resolve the dispute.

Jefferson and Hamilton then trade some stinging barbs. My favorites:

Jefferson: His plan would have the government assumes states’ debts. Now, place your bets as to who that benefits: The very seat of government where Hamilton sits.

Hamilton: A civics lesson from a slaver. Hey neighbor, your debts are paid because you don’t pay for labor.

As Jefferson and Madison taunt Hamilton (“you don’t have the votes”), Washington asks for a word with Hamilton privately. Hamilton would still rather be divisive than indecisive (“we need bold strokes”), but the wiser Washington tells him, “no, you have to convince more folks.” Rather than praising Hamilton for his clever retorts, Washington gives Hamilton an order: “You have to find a compromise.”

This is an especially valuable lesson for lawyers. Remember who you need to persuade and how you need to persuade them. It doesn’t matter how brilliant your argument is if you “don’t have the votes.” Keep in mind who you have to convince, whether it’s a judge, jury, client, or even the opposing party. That might mean you keep your most scathing points to yourself. And understand that convincing those people may require compromise, rather than showing them how smart you are.

In contemporary business jargon, Take a Break is Eliza Hamilton’s plea to her husband for “work-life balance.” It gets me every time when Eliza sings: “There’s a little surprise before supper, and it cannot wait. Your son is nine years old today, he has something he would like to say, he’s been practicing all day . . .” Most of us are not busy trying to found a nation’s financial system, but every parent with a demanding job can relate.

The lesson here is simple: even great leaders sometimes need to take a break. When Hamilton doesn’t take a break, the consequences are disastrous (see no. 9).

This song is so well written and performed that, as a man, I feel guilty just listening to it. I won’t give it all away, but let’s just say that when confronted with temptation, Hamilton says “Lord, show me how to say no to this” and then proceeds to say yes. Leaders are often under great stress and confronted with all kinds of temptations, personal and professional. Unlike Hamilton, you have to find a way to “say no to this.”

Number 10: “I may have committed many errors” (One Last Time)

I love One Last Time. That Lin Manuel-Miranda could write an emotionally moving song about a presidential farewell address is further evidence of his genius.

Washington asks Hamilton to see him. He gives Hamilton the news that Secretary of State Jefferson has resigned to run for President. Hamilton laughs, “good luck defeating you, sir!” But Washington has surprising news: “I’m stepping down, I’m not running for president.” (This compresses the actual events—forgivable artistic license.)

Hamilton is shocked; he doesn’t understand. But he agrees to help write the farewell address. Rather than trumpeting his accomplishments, Washington emphasizes his own fallibility: “I am too sensible of my defects not to think it probable that I may have committed many errors.”

Washington, the towering military hero, the man of action, shows us here where his true greatness lies: restraint and humility. 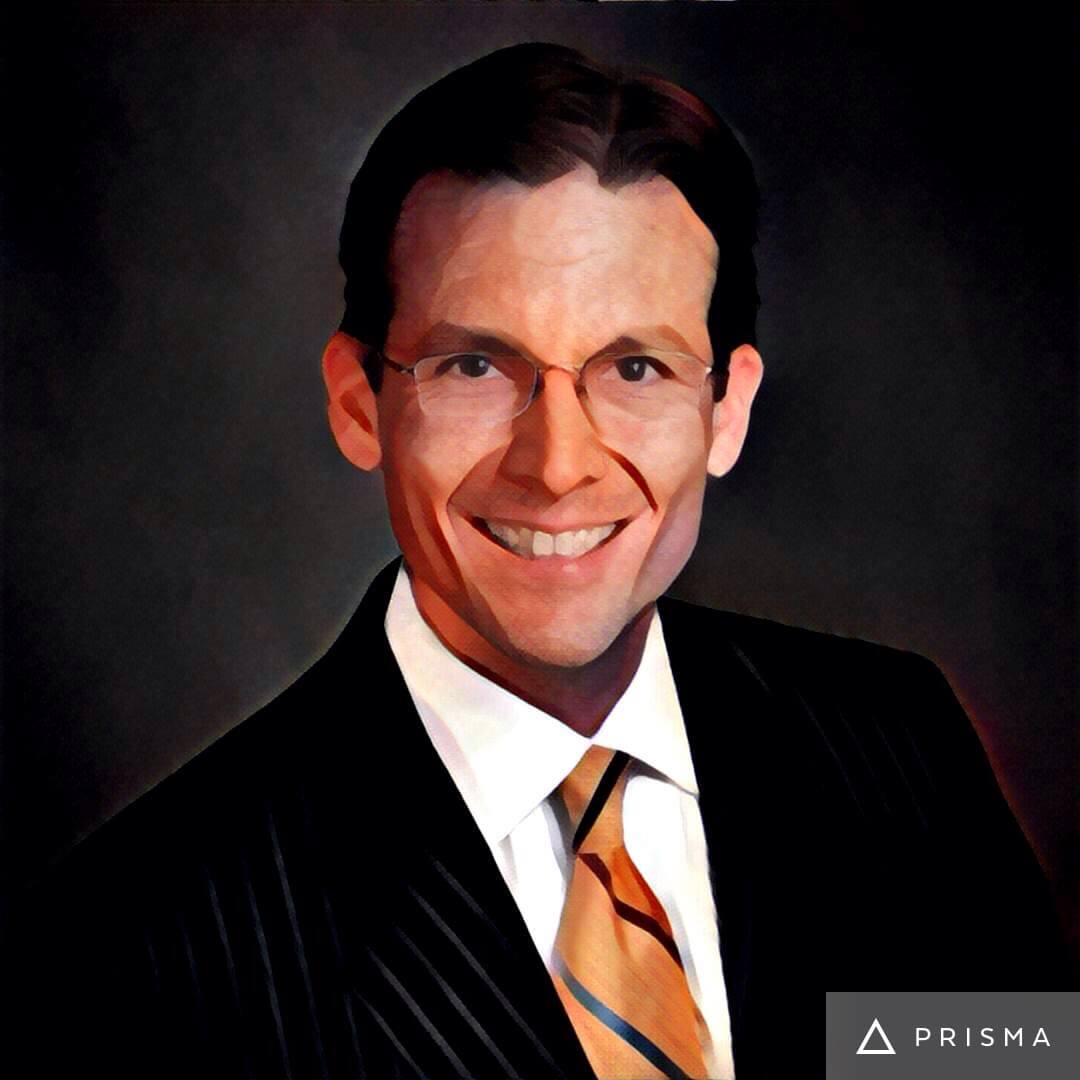 He has never performed on stage in a Broadway musical but hopes someday to play the title role in Hamilton. Or at least Hercules Mulligan. 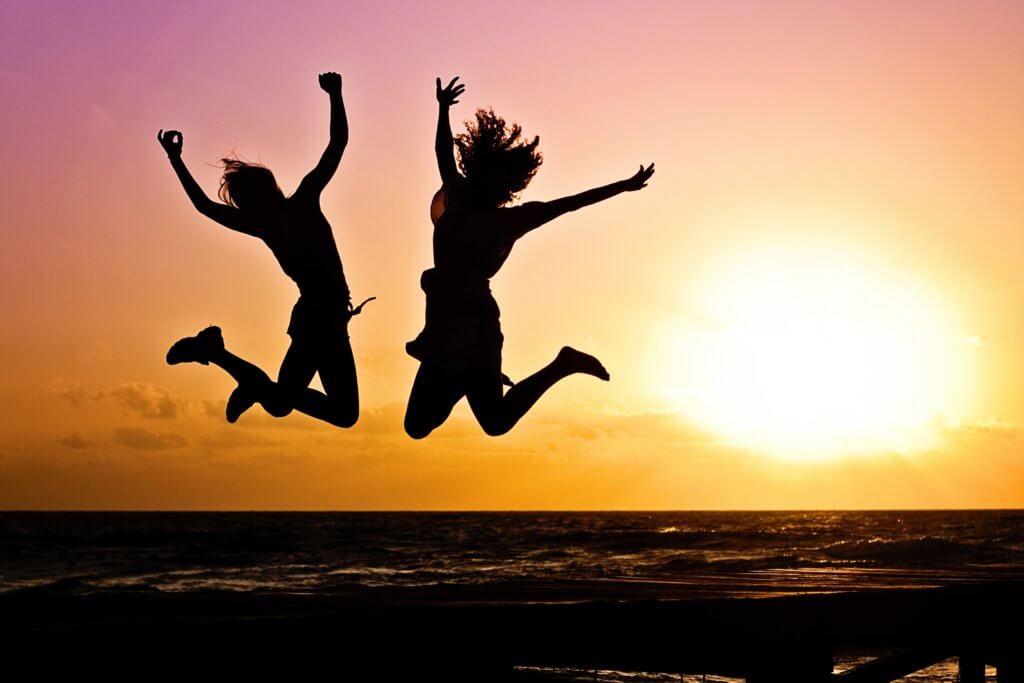 The Most Effective Form of Non-Compete in Texas (or Anywhere)

Hope not to embarrass Zach, but as his paternal grandmother, I would just like to say he was an exemplary child, an exemplary teenager, and is without a doubt, an exemplary adult, husband, and father. He has done nothing but continue to astound me (and others) with his sweet nature, brilliant mind, and musical talent. Yes, this posting is an example of his deep and abiding interest and fairness in all things.