You get the same sob story in most non-compete lawsuits. “Your Honor, if you enter an injunction enforcing this non-compete, my client won’t be able to make a living and support his family.”

You might think this sort of argument is inappropriate. The judge should decide whether to enter an injunction based on the law, not sympathy. If an employee agrees to a non-compete and gets compensated for it, she doesn’t get to avoid it just because she later decides it’s inconvenient. The “hardship” argument should be out of bounds, you might think.

The Balance of Equities Rule

This is the rule in Texas state court: “Because an injunction is an equitable remedy, a trial court weighs the respective conveniences and hardships of the parties and balances the equities.” Computek Computer & Office Supplies, Inc. v. Walton, 156 S.W.3d 217, 220 (Tex. App.—Dallas 2005, no pet.). See also NMTC Corp. v. Conarroe, 99 S.W.3d 865, 868 (Tex. App.—Beaumont 2003, no pet.) (“An application for injunction is a request that a court exercise its equitable jurisdiction, and in exercising that power the court balances competing equities”); Surko Enterprises, Inc. v. Borg-Warner Acceptance Corp., 782 S.W.2d 223, 225 (Tex. App.—Houston [1st Dist.] 1989, no writ) (“In determining whether to order a temporary injunction, the trial court balances the equities of the parties and the resulting conveniences and hardships”).

And for my Advanced readers, the Texas non-compete statute, which does not speak to the requirements for a temporary injunction, does not preempt this common-law rule. NMTC Corp. v. Conarroe, 99 S.W.3d 865, 868 (Tex. App.—Beaumont 2003, no pet.).

Implicit in this rule is the idea that the court might deny an injunction based on the hardship on the employee, even if the employer would otherwise be entitled to an injunction.

Does that actually happen in practice?

The short answer is no. In most cases the hardship factor is just an afterthought used to justify whatever decision the court has already made about the injunction. If the court wants to grant an injunction, it will say that the balance of equities weighs in favor of enforcing the non-compete. If the court doesn’t want to grant an injunction, it will cite the hardship on the employee as an additional factor against enforcement.

First let’s look at some examples of non-compete cases that “balance the equities” to see if they bear out my short answer.

Why It’s Hard to Appeal an Injunction Ruling

Yes, of course. The appellate courts almost always uphold the trial court’s decision on an injunction, whether the decision is to grant or to deny.

I say “almost” because, of course, there are exceptions. There are some cases where the appellate court reverses the trial court’s decision on an injunction. But those cases are few and far between.

Why is that? Why doesn’t the hardship factor result in more reversals on appeal?

I think it’s a combination of three things.

First, it’s the standard of review. The court of appeals will only reverse if the trial court’s decision on the injunction was an “abuse of discretion.” That means even if the appellate court might have decided the injunction a different way, that’s not enough to reverse. The party challenging the ruling on appeal has to show the trial court didn’t just get it wrong, but really wrong. See, e.g., Univ. Health Servs., Inc. v. Thompson, 24 S.W.3d 570, 578-79 (Tex. App.—Austin 2000, no pet.) (emphasizing standard of review in affirming trial court’s balancing of equities).

Second, the balance of equities is just one factor. If the other requirements for an injunction—like whether the violation of the non-compete will cause irreparable injury to the employer—weigh heavily to one side, it is unlikely the hardship factor will be so strong that it shifts the scales in the other direction.

Third, the balance of equities is a one of those notorious “balancing” tests. The problem with a balancing test is that you can almost always come up with a reasonable argument going one way or the other. There are even memes about this.

So the bottom line is that you shouldn’t put too much stock in the balance of equities issue. Hardship on the employee is not likely to save the employee if the case for an injunction is otherwise strong, and vice versa.

There’s always the chance that the hardship factor makes the difference. So you’ve got to be prepared for it.

And while most judicial opinions give short shrift to the balance of equities, there are some that dig a little deeper. Let’s look at some examples.

The employee in Yellowstone Landscape, Mr. Fuentes, was an account manager for commercial landscaping accounts, like Yellowstone’s contract with the Harris County Flood Control District for mowing and maintenance of flood control channels in Houston. Mr. Fuentes interacted with the customer to make sure the work was being done properly, but he was not involved in preparing or submitting bids. Id. at *1.

There were some “bad facts” for the employee. Mr. Fuentes resigned, falsely told his employer he was starting his own tree trimming business, and then violated his non-compete by going to work for a competitor, who had recently underbid Yellowstone on a project. Id. at *1-2.

But the balance of equities favored Mr. Fuentes. Yellowstone was the fifth-largest landscaping firm in the nation, with over $200 million in annual revenue. Mr. Fuentes made $75,000 and supported a family of five. An injunction would have caused him to lose his job in the middle of a pandemic. He paid for one child’s college tuition, and his wife needed surgery for a herniated disc. His lawyer was working pro bono. Id. at *8.

With those facts, I don’t even have to tell you what the court’s ruling was.

But of course, most cases don’t have hardship facts as sympathetic or well developed as in Yellow Landscape.

For example, in Accruent, LLC v. Short, No. 1:17-CV-858-RP, 2018 WL 297614 (W.D. Tex. Jan. 4, 2018), the federal district court held that the balance of equities favored an injunction where the employee did not offer “evidence of how much less he might earn in a different industry” or explain “what diminished earning would mean for his family.” Id. at *9. The court noted that under the agreement as reformed, the employee could still work in the same industry, just not in a role substantially similar to his role with the former employer. Id.

Sorry, I just had to get that in.

But seriously, in the Hair Club case there was evidence that the employees, who were licensed cosmetologists, had longstanding relationships with clients, and that 41 former Hair Club customers had followed the employees to a competitor. Id. at *6. The Court of Appeals reasoned that the balance of equities did not weight against the trial court’s injunction, where the injunction did not prevent the employees from working in the hair replacement industry generally and seeking new customers, but only enjoined them from soliciting Hair Club customers. Id.

There’s a key point we can derive from both Accruent and Hair Club: the hardship on the employee will be less of a factor when the injunction is narrowly tailored to protecting the employer’s goodwill with customers.

That means if the trial court does its job right, the burden on the employee should rarely be a decisive factor. A properly tailored injunction should already balance the employer’s interest in protecting its confidential information or goodwill against the employee’s right to use his general knowledge, skill, and experience in the industry.

So there’s our answer. If the court properly limits the scope of the injunction to preventing the employee from taking her customers with her, then the hardship on the employee becomes a non-issue. Right?

I wouldn’t go that far. To understand why, let’s take a little trip to Beaumont.

Why the Balance of Equities Inherently Favors the Employee

If you practice litigation in Texas, you know Beaumont is a fun venue. Maybe not quite as exciting as Hidalgo County, but it’s close.

And if you know anything about East Texas, you know the competition for sales of MATCO® hand tools is fierce in Hardin County. So when tool salesman Jule Conarroe left Matco Tools and went to work for competitor Cornwell Tools, you just knew, “this means war.”

And sure enough, Matco Tools filed suit to get an injunction. Conarroe admitted some of the customers he was selling Cornwell products to had also been customers in his territory at Matco, id. at 866, but the trial court judge found the equities weighed heavily in favor of denying the injunction. NMTC Corp. v. Conarroe, 99 S.W.3d 865, 869 (Tex. App.—Beaumont 2003, no pet.)

Specifically, the judge found that “if a temporary injunction issues, Mr. Conarroe will be put out of business.” The alternative was more equitable. “If a temporary injunction does not issue, Matco may lose some sales within the territory, but the ability to mitigate those losses is within Matco’s control and is subject to recoupment.” Id.

That’s some small-town Texas wisdom right there. And the Court of Appeals agreed. “In balancing the equites,” the court explained, “a trial court may consider whether the degree of injury to the applicant would be slight or significant if the temporary injunction were erroneously denied.” Id.

Here’s what I mean, and what I think the Beaumont Court of Appeals was getting at. Suppose the trial court gets it wrong and denies an injunction enforcing the non-compete. That does impose a certain hardship on the employer, because it is probably going to lose some business that it should not have lost. But that’s a hardship that can be compensated, because the employer can seek damages for business it loses as a result of the employee breaching the non-compete (assuming the non-compete is enforceable).

The risk of getting it wrong and granting a temporary injunction is much greater. In that case, the employee has no remedy for the loss of income resulting from an erroneous temporary injunction enforcing the non-compete. I explained this problem in The Problem With Non-Competes.

No, the hardship argument should not be an automatic Get Out of Jail Free card that exempts an employee from a reasonably limited non-compete. But courts should take the employee hardship issue seriously. It shouldn’t be just an afterthought. 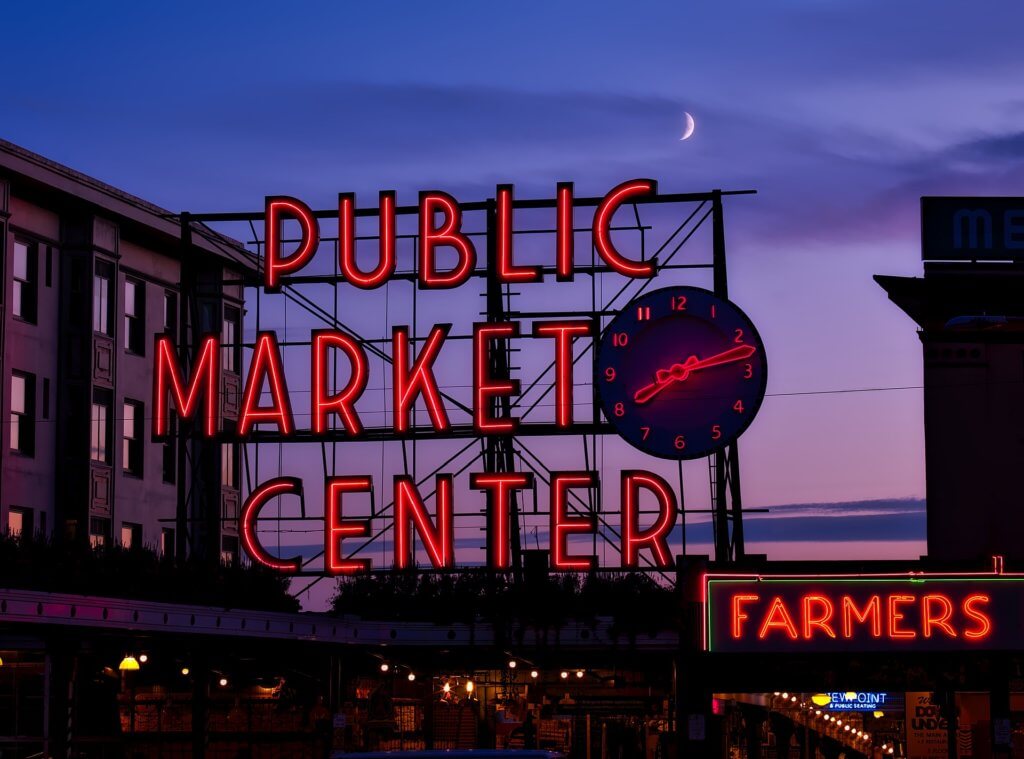