If you watch the news or even Law and Order, you’ve seen images of the police or FBI raiding a target’s home or office and seizing laptops or smartphones for forensic examination. I only handle civil litigation, where we don’t really get to do that.

Clients sometimes wonder about this when they get sued. Is somebody going to confiscate my phone? Can they search my Gmail without me even knowing it?

Generally, you don’t get to go to the other party’s office or home and rummage through their file cabinets looking for relevant documents.

It didn’t necessarily have to be like that. The lack of “direct access” in civil discovery is a policy choice. There’s an obvious downside: depending on a litigant to produce documents that will hurt that litigant’s case creates a danger that relevant documents will be withheld. (Lawyers sometimes joke about the “bad document” exception to discovery.) But in civil litigation, we’ve chosen to balance that risk against the disruption and invasion of privacy that direct access would cause.

The same principle applies to documents in electronic form. So, generally we don’t allow civil litigants to demand “direct access” to the other party’s computer, smartphone, or other electronic device.

I say “generally,” because of course there are exceptions. You can get direct access in civil discovery under some circumstances.

In the simplest terms, the guidance from SCOTX is this: to get direct access through discovery, you have to show that the other party has somehow defaulted on its discovery obligations, and that lesser means of curing the default would be inadequate.

An End Run Around Weekley Homes?

That’s a tough standard to meet. But there’s a potential way to get around this: ask for direct access through a temporary restraining order (TRO) or temporary injunction.

You see, the Weekley Homes standard technically does not apply to a TRO or temporary injunction. At least that’s what one Texas Court of Appeals recently said.

That means we’re going to see a lot of requests for direct access through TROs or temporary injunctions, especially in departing employee lawsuits, the focus of my law practice.

The problem is that some lawyers and judges seem to think that direct access orders should be routinely granted in any case where a company claims its former employee took confidential information or violated a non-compete. That’s wrong. A TRO is supposed to be an “extraordinary” remedy, and the risk of getting direct access wrong in a TRO is high.

But what is the standard for granting direct access through a TRO or temporary injunction?

The current standard is essentially “it’s within the trial court’s discretion.”

This is a problem. Texas judges need more specific guidance on when to grant a TRO or temporary injunction allowing direct access, especially in departing employee litigation.

1. A direct access order should almost never be granted in an ex parte TRO hearing (a hearing where only the party seeking the TRO is present).

2. Even in a TRO hearing where the defendant’s lawyer is present, a direct access order should very rarely be granted.

3. The standard in a TRO hearing should be this: is there evidence of some imminent emergency that will cause actual irreparable harm if the judge postpones a decision on direct access to a temporary injunction hearing, which can be held as soon as a few days later.

4. At the temporary injunction hearing, the standard for granting direct access should be this:

a. Has the plaintiff presented evidence to make at least a prima facie case that specific confidential information on the device meets the legal definition of a trade secret?

b. Is there evidence the defendant has already spoliated evidence by altering or deleting potentially relevant documents?

e. If the answer to one or more of (a) through (d) is yes, then the judge should consider whether some lesser means of preservation would be sufficient. Lesser means would include:

(i) ordering the defendant not to spoliate evidence,

(ii) ordering the defendant not to use or disclose confidential information, and/or

(iii) ordering the defendant to have a qualified service provider make a forensic image of the device for evidence preservation, subject to further orders of the court.

f. The judge should only grant the plaintiff direct access if the plaintiff shows that such lesser means would be inadequate under the circumstances.

g. If the judge orders direct access, the order must contain sufficient provisions to protect from disclosure:

(i) private personal, medical, or financial information not relevant to the issues in the lawsuit,

(ii) communications protected by the attorney-client privilege or other privileges, and

(iii) information the defendant or a third party claims is confidential and proprietary.

I hereby grant Texas judges an irrevocable, non-exclusive license to copy this standard into their orders and opinions. You can download it here:

I’m sure people will quibble with the specifics, but in general, the standard I’ve outlined seems pretty basic and non-controversial to me.

It’s certainly better than the current standard. In a TRO hearing, the current standard is “anything goes.” There is no appeal from a TRO, so the trial court judge can do anything she wants. That means the law on direct access in a TRO is effectively whatever the judge says it is.

An Actual Direct Access Order Sighted in the Wild

Anecdotal evidence suggests this can be a problem. In a recent TRO hearing, the plaintiff sought a TRO against a former employee who left and joined a company that the plaintiff viewed as a competitor. The judge allowed the lawyers to argue for almost 30 minutes, which is more time than you usually get.

The lawyers debated whether the products sold by the defendant’s new employer actually competed with the products sold by the former employer. They argued about the proper scope of the defendant’s non-compete under Texas law. They argued about a lot of things. The judge tried to get the parties to agree on an order, but when the defense counsel respectfully declined, the judge said, “well in that case, I’m signing the TRO.”

And wouldn’t you know it, tucked within the paragraphs of the TRO drafted by the plaintiff’s lawyer was an order for the defendant to turn over his personal devices to the plaintiff for forensic examination. This issue was never even mentioned in the hearing. (I thought about disclosing for non-litigators that in many cases the judge simply signs the form of TRO that the plaintiff’s lawyer prepared, but I don’t know if y’all are ready for that.)

That should give you some sense of the current standard for a direct access TRO, as a practical matter.

Here’s another example that is less anecdotal.

Crossmark was in some ways a typical departing employee case. Crossmark and Product Connections were competitors in the business of providing large retailers with “in-store consumer experience” services, such as in-store demonstrations by brand spokespersons. Id. at *1. I’m picturing something with Teflon pans and a stove, but who knows.

One of those large retailers was apparently so secret that the court sealed portions of the record and called the retailer “Client X.” Id. at *2. I’m guessing JC Penney.

Anyway, Crossmark claimed it had a confidential playbook on best practices, operating procedures, and manuals that took decades to develop. Id. at *1. A group of employees left Crosssmark and joined Product Connections. Some of them had non-competes. Id.

So far, that is pretty plain vanilla stuff for a departing employee lawsuit. But there was some additional forensic flavor.

Crossmark’s forensic expert from KPMG testified that one of the employees did some sneaky stuff shortly before leaving, including:

Id. at *2. Now, I’ve been doing this long enough to know there’s likely another side of the story, but facts like this certainly don’t look good for the departing employee.

Again, I wouldn’t necessarily take the company VP’s word for it, but this kind of testimony will at least get you in the door of the Temporary Injunction House.

The trial court judge thought so.

The trial court included a “Device Turnover Order” in the temporary injunction. Based on “efforts of deception and concealment and actual misappropriation of CROSSMARK Confidential Information by at least one Former Employee,” the court ordered the Defendants to produce to opposing counsel for forensic inspection “any company or personal laptops, hard drives, thumb drives . . . or other digital storage devices.” Id. at *6.

Thus, the order in Crossmark implied a certain standard for direct access injunctions: direct access is warranted if there is evidence of “deception and concealment” and/or “actual misappropriation” of confidential information by at least one Defendant.

So did the Court of Appeals reverse the direct access order for failing to meet the Weekley Homes standard?

The Problem with the Crossmark Approach

This seems too clever by half. In a narrow, technical sense, I think the Crossmark court was right. Weekley Homes was a discovery case, not an injunction case, so sure, you can say it doesn’t apply to an injunction, strictly speaking.

But the broader question is whether the principles of Weekley Homes should apply.

(1) allowing direct access to electronic devices is akin to allowing a party to search an opposing party’s file cabinets,

(2) direct access should only be ordered when the ordinary discovery process would somehow be inadequate,

(3) the court should consider lesser means to obtain the discovery before ordering the drastic measure of direct access, and

By focusing entirely on whether Weekley Homes “applies” to a temporary injunction, the Crossmark court effectively ignored these concerns. I think that was a mistake.

I’m not saying the Crossmark court was entirely wrong. I think the court was right to say that the ordinary discovery process is not the only way to get a direct access order. The reason we have TROs and temporary injunctions is to address extraordinary situations where the ordinary processes would be inadequate.

But the situation should be truly extraordinary. The standard I outlined earlier would ensure that judges only grant direct access TROs or temporary injunctions when warranted by truly unusual circumstances. Direct access orders should not be routine.

Otherwise, I fear the exception opened up by Crossmark could become the general rule. And then I may have to tell my civil litigation clients, yes, it is like Law and Order. 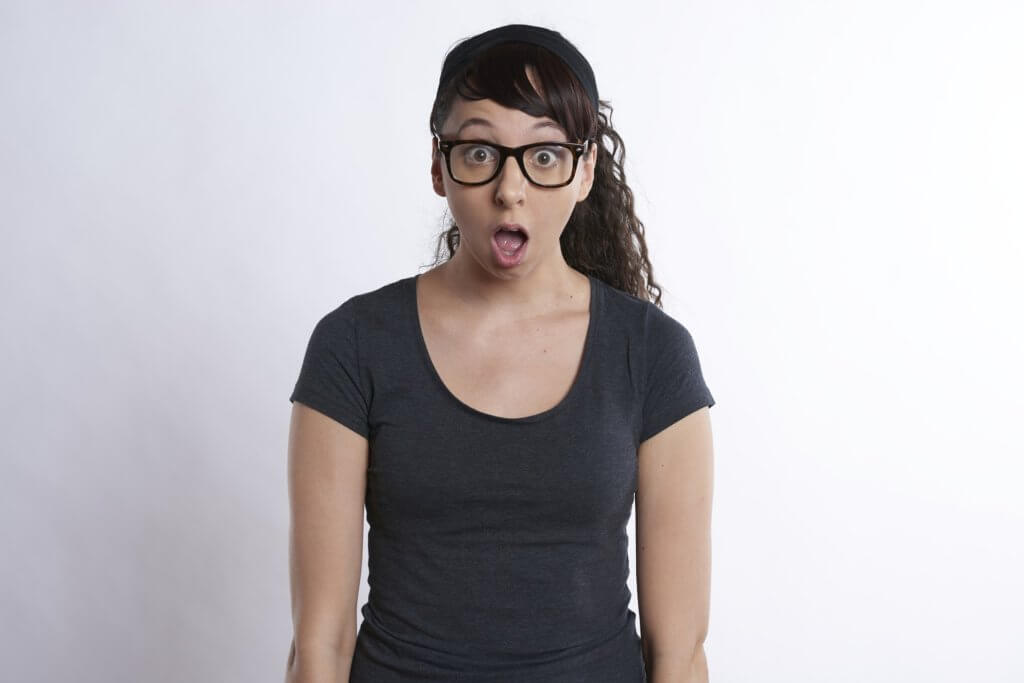