It was revolutionary. Dijon mustard. Mayonnaise. Mixed together. In one bottle!

And the best part was the theme song, to the tune of Duke of Earl. Dij, dij, dij, dij-o-naise, naise, naise . . . Bet you can’t get that out of your head now.

Sadly, Dijonnaise was a flash in the pan. Maybe too many people asked, why not just put Dijon mustard and mayo separately, then put them together on the same sandwich?[1]

My response would be similar to that of Nigel Tufnel, lead guitarist for Spinal Tap. After showing off his amp with knobs that go up to 11, he was asked why don’t you just make 10 louder, and have 10 be the top number and make that a little louder?

The court in that case held that Heinz’s fleeting use of “Metchup” as part of a promotional campaign for “Mayochup” and other branded condiment blends did not infringe on the plaintiff’s rights in the METCHUP trademark. (Trademark lawyers like to put the trademark in all caps, but I’m just gonna do it once.)

Besides containing some of the best deadpan judicial humor I have read in a long time, the Metchup opinion is also a good case study for understanding how courts decide “likelihood of confusion,” the key issue in most trademark lawsuits.

Even aside from trademark law, the Metchup opinion is a tutorial on how to write a humorous judicial opinion. Not a cringe-inducing attempt like what you usually see from a judge who should have just played it straight, but something actually funny.

The key is not to try too hard. Check out this understated introduction by Judge Graves:

Mr. Dennis Perry makes Metchup, which depending on the batch is a blend of either Walmart-brand mayonnaise and ketchup or Walmart-brand mustard and ketchup. Mr. Perry sells Metchup exclusively from the lobby of a nine-room motel adjacent to his used-car dealership in Lacombe, Louisiana. He has registered Metchup as an incontestable trademark. Though he had big plans for Metchup, sales have been slow. Since 2010, Mr. Perry has produced only 50 to 60 bottles of Metchup, which resulted in sales of around $170 and profits of around $50. He owns www.metchup.com but has never sold Metchup online. For better or worse, the market is not covered in Metchup.

This is how you do it. It paints a picture. It subtly indicates where this is going. And it doesn’t make light of a serious situation too much. I mean, sure, it pokes fun at Mr. Perry, but lightly, and no more so than he deserves.

Lesson 1: Registration of a trademark isn’t that big a deal

Perhaps the most important and non-obvious thing to understand about trademark law is that trademark rights arise largely from use of a trademark, not registration of a trademark. Trademark lawyers probably say this to people at least ten times a week.

So in the Metchup case, Mr. Perry started to build his trademark rights the moment he started using Metchup as a mark to sell bottles of his special blend. When he later registered the trademark with the U.S. Patent and Trademark Office, affectionately known as the PTO, he acquired certain additional rights.

Like many trademark owners, Mr. Perry was probably very proud of his registration certificate for “Metchup,” but it’s only a piece of paper. His biggest problem was that his use of the trademark was miniscule. He produced only 50-60 bottles of Metchup and had only 34 documented sales. He never sold Metchup online. Id. at 468.

This was Mr. Perry’s moment. He made a federal case of it, suing Heinz for trademark infringement in the Eastern District of Louisiana.

Lesson 2: You can get summary judgment on likelihood of confusion—sometimes

But it was not to be. The district court granted summary judgment for Heinz on the ground that Heinz’s use of “Metchup” and “Mayochup” did not create any likelihood of confusion with Mr. Perry’s Metchup.

In the Metchup case, the Court of Appeals affirmed summary judgment for Heinz, the defendant. The court held that “no reasonable jury could conclude that Heinz’s use of Metchup in advertising or the sale of its own product, Mayochup, created a likelihood of confusion.” Therefore, Heinz was entitled to summary judgment dismissing the claim. Id. at 473.

But how did the court get there? Enter the digits.

Lesson 3: Some digits are more equal than others

To decide whether the defendant’s use of a trademark creates a likelihood of confusion with the plaintiff’s trademark, courts look at eight non-exhaustive factors. In the Fifth Circuit, we call the factors digits.

I don’t know why we don’t just call them factors. Someone should write a blog post on that.

Anyway, the digits of confusion are:

(1) the type of trademark (some types are stronger than others)

(2) the similarity of the marks

(3) the similarity of the products or services

(6) the defendant’s intent (this one can be tricky)

The digits usually do not have equal weight. The last one—instances of actual confusion—can be an ace in the hole for the plaintiff. For example, if Mr. Perry had testimony from his good neighbors in Lacombe, Louisiana that they confused Heinz’s “Metchup” with Mr. Perry’s Metchup, that would be pure gold. That would make it almost impossible for Heinz to get summary judgment, meaning a jury would decide.

It’s easy to see why. There could be a likelihood of confusion where the trademarks have significant differences but the products are identical. Imagine a trademark that looks just like the Apple computer logo, except it’s an orange, used for computers. Apple’s lawyers would be all over that.

Most of the time. In the Metchup case, not so much. The Metchup case was unusual, in that both the trademark—“Metchup”—and the product—a blended condiment—were identical, yet the court found no likelihood of confusion. Why?

First, the court noted that although both trademarks used the same word, the labels and bottles looked “nothing alike”:

Id. at 471-72. “The products’ distinguishable packaging mitigates against Heinz’s use of the word Metchup because the packaging differences make confusion less likely.” Id. at 472.

In addition to the differences in packaging, the huge differences in sales outlets and advertising were crucial. “Mr. Perry markets his products to the guests at his nine-room motel,” the court said, “Heinz to the shoppers at most every grocery and to online customers through an extensive web store.” “Sensibly speaking,” the court said, “Mr. Perry has no presence in Heinz’s market and Heinz no presence in his.” There was also the stark difference in advertising. “Mr. Perry does not buy print ads, issue coupons, enter his sauce in contests, or advertise Metchup on signage.” Id. at 472.

Plus, there was the lack of evidence of actual confusion. There was no evidence that “any consumer actually got confused by Heinz’s use of Metchup on a mock-up bottle or confused Heinz’s Mayochup with Mr. Perry’s Metchup.” Id. at 473.

I think this was really the key in the Metchup case. Remember, Heinz only used “Metchup” on a mock-up as part of a contest. If Heinz had actually named its product Metchup and put Metchup on the shelves of grocery stores across America—including Lacombe, Louisiana—the case might have come out differently. But Heinz’s fleeting use of “Metchup” as an example of a contest entry just wasn’t enough to create any likelihood of confusion.

Was there anything Mr. Perry’s lawyers could have done to avoid this conclusion? Suppose they hired an expert to do a consumer survey in Louisiana, showing random consumers a photo of Heinz’s “Metchup” mockup and asking, “who do you think makes this product?” And suppose a significant percentage of surveyed consumers said “oh, that’s the stuff Dennis Perry sells at that motel in Lacombe!”

In that case, it’s unlikely Heinz would get summary judgment. So why didn’t Mr. Perry do a survey?

Lesson 4: to survey or not to survey

But there are two obvious reasons not to do a survey. First, it’s expensive. Second, the results probably won’t be good.

Think about it. The owner of a trademark always thinks his trademark is hot stuff. Ordinary consumers? Not so much. Based on the facts recited in the Metchup opinion, we can all guess how a survey would have come out. Hardly anybody was going to see Heinz’s Metchup bottle and think of Mr. Perry’s Metchup.

Mr. Perry did have an expert, though. Dr. Lucy L. Henke, a marketing professor with a doctorate in communication studies, testified that “the typical consumer would confuse Mayochup and Metchup due to visual and auditory similarities between the two names.” Id. at 473.

The court wasn’t buying it, especially when the expert “neither presented consumer survey data no provided an analysis of such data.” “Her testimony amounts to her personal opinion on the topic of actual confusion and does not address evidence where potential consumers were asked to offer their opinions or tested to see if they actually got, or were, confused by either Heinz’s use of the name Metchup in advertising or by it selling Mayochup.” Thus, the court said, her testimony “provides no evidence of actual confusion.” Id.

Ouch. The lesson for trademark litigators? If you’re going to have an expert testify on likelihood of confusion, that expert best come armed with a survey.

[1] My crack research team informs me that you can buy “Maille Dijonnaise Sauce” on Amazon for $12.63 a bottle. 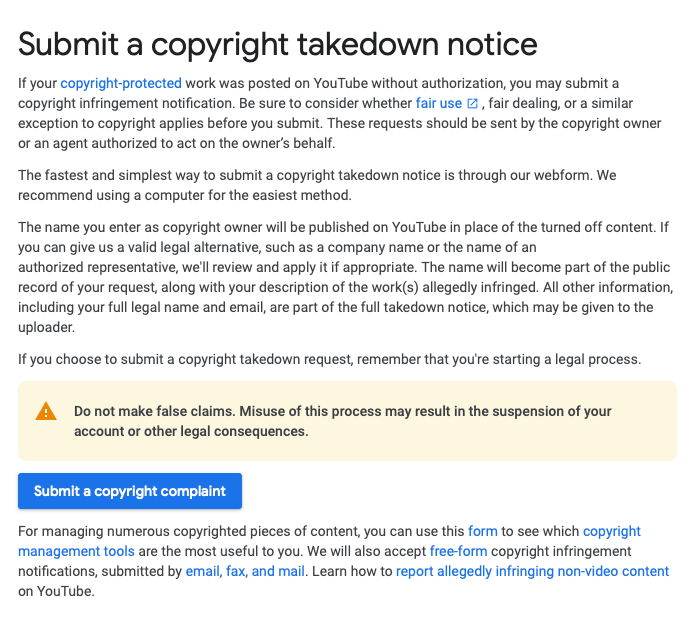