How do you prove your employee electronically signed that agreement?

by Zach Wolfe in Employment Agreements May 31, 2021

Remember Dawn Davis, the paralegal? She left her job at a Dallas law firm and moved to the Austin suburbs with her two kids, hoping she would eventually make more money as a sales person for Paula Payne Windows.

I wrote about this typical scenario in The Problem With Non-Competes. But I need to update it.

My original fact pattern had Dawn’s boss giving her a stack of documents to sign on her first day. But that’s so, like, GenX. You can’t expect Gen Y to sign documents on paper. And Gen Z? You might as well expect them to answer their phones when you call.

No, today Paula Payne Windows has an automated onboarding procedure. They worked with a software developer to build an online-only hiring application. The app automatically sends a welcome email to the email address Dawn provided when she was recruited and interviewed.

The email provides a unique hyperlink that leads to an online account-registration page where Dawn creates a unique user ID and password and selects security questions. Dawn has to enter her ID, password, and security-question answer every time she logs in.

Once the account is set up, the program presents Dawn with several agreements, starting with an Electronic Disclosure Agreement in which Dawn consents to be bound by her electronic signatures on the agreements, as if signed in writing. She has to agree to this before going any further.

Once Dawn agrees that her electronic signature is binding, the app presents her with three additional agreements, including an Employee Confidentiality, Non-Solicitation, and Non-Competition Agreement. The program allows her to sign the agreements in any order, but all of the agreements have to be signed before the app allows her to complete the electronic onboarding process.

This onboarding app keeps an electronic record of each document the candidate electronically signs, assigning a unique identifier and timestamp to each signed document. Once the app records that information, there is no way to change it (absent some extraordinary measures).

Dawn, of course, is not about to say “sorry, I can’t agree to this non-compete.” She already quit her old job, her kids are registered at new schools, and she paid a security deposit at a new apartment. So she doesn’t say anything about it.

For the next few years, Dawn doesn’t even think about the non-compete. Turns out she has a knack for the window game, and she becomes Paula Payne’s top sales performer. She’s so good that a competitor, Real Cheap Windows, offers her more money to take over its sales department. Dawn accepts.

You know the rest. The lawyer for Paula Payne Windows sends Dawn a nasty gram, files a lawsuit, and asks the judge for an injunction enforcing the non-compete.

“This is unfair,” Dawn tells her lawyer, “I never agreed to any non-compete when I accepted the job.”

No way, Dawn says. “I never signed that non-compete agreement with Paula Payne Windows, electronically or otherwise.” And she signs an affidavit swearing to that.

But the HR manager at Paula Payne Windows signs an affidavit detailing how the electronic onboarding app works. “There’s no way Dawn could have completed the onboarding process without signing the non-compete agreement,” she says. “Plus, the electronic records show she signed it.” “Someone very sophisticated would have to hack into the system to change a record,” the HR manager says, “and there is no indication that has ever happened.”

Aerotek was an employment discrimination case, not a non-compete case, and the agreement at issue was an arbitration agreement called an MAA. But the facts concerning the computerized onboarding process were essentially the same as what I outlined in my hypothetical.

If you know something about summary judgment procedure, you might be thinking “wait, this is all wrong, how does the employee’s testimony not create a fact issue?”

But there’s one thing I’ve left out: The Texas Uniform Electronic Transactions Act (TUETA), found in Chapter 322 of the Texas Business and Commerce Code.

Under the TUETA-lage of SCOTX

With some exceptions, like signing a will, the statute applies to most transactions, including business and employment transactions. See Tex. Bus. & Com. Code § 322.003.

But TUETA touches this topic too. And that’s really what Aerotek was about. As the court said:

TUETA defines “security procedure” to include . . . well, you get the idea. Bottom line: “A record that cannot be created or changed without unique, secret credentials can be attributed to the one person who holds those credentials.” Id.

Aerotek offered detailed evidence that, if believed, was sufficient to satisfy this standard. But the trial court wasn’t having it. The trial court judge in Aerotek denied the motion to compel arbitration, impliedly finding that the employees did not sign the MAA. Id. at *3.

The Texas Supreme Court does not make factual determinations (in theory), so Aerotek had the heavy burden of showing that the evidence before the trial court conclusively established that the employees signed the MAA.

First, the employees conceded that they completed the computerized hiring application and electronically signed the documents included, except for the MAA. Id. It might have been different if the employees claimed they didn’t use the electronic onboarding system at all.

Second, Aerotek offered specific, detailed evidence showing that the employees must have electronically signed the MAA:

Id. In short, the testimony from Aerotek’s program manager, Marsh, showed that “it was impossible to complete the hiring application without signing the MAA.” Id. at *6.

Third—and this is probably the key—Marsh’s testimony was uncontroverted.

Yes, the employees testified they did not sign the MAA, but that’s all they said. They did not offer any evidence disputing the points made by the program manager.

For example, “the Employees could have requested forensic tests of the hiring application to show that it did not operate as March described, but they did not.” Id. The employees were “free to seek discovery to discredit Aerotek’s evidence,” the court said, but “[t]hey chose not to.” Id.

We can draw several practice tips from Aerotek.

First, if you represent employers who have employees sign agreements when they start—and who doesn’t, these days—you should recommend an electronic onboarding process. (I’m assuming software for this is readily available and doesn’t have to be custom-made.)

Aerotek shows us that not only is an electronic onboarding process adequate, it is in some ways superior to getting wet signatures on paper.

Think about it. Suppose Dawn Davis signs the non-compete agreement, you scan it in to the system, and the hard copy gets shuffled away to who knows where. Years later, the company offers a signed copy of the agreement as evidence. “Yes, that looks like my signature,” Dawn testifies, “but I’m quite sure I never signed that document.” Someone must have faked it, she says.

How is the employer going to refute that testimony? Maybe if they’re lucky, Paula Payne Windows has a witness who will testify, “I have a clear recollection of watching Dawn sign the agreement that day.” But even then, Dawn’s contrary testimony is still going to create a fact issue. See Ward v. Weaver, 34 S.W.2d 1093, 1094 (Tex. Comm’n App. 1931, judgm’t affirmed) (discussed in Aerotek).

An electronic process like the one in Aerotek avoids that problem.

Second, if you represent the employer in a lawsuit and the employee denies signing the agreement, offer specific testimony as close to the evidence in Aerotek as possible. You can use the bullet-pointed facts above as a checklist.

Third, if you represent an employee who swears up and down she never electronically signed that agreement, just offering the employee’s denial is not going to cut it (assuming the employer offers evidence like the testimony in Aerotek). You’re going to have to offer something more to discredit the employer’s evidence.

This may require some judgment calls. Do you really want to embark on an expensive forensic inquiry into the employer’s onboarding system just because your client says “I’m pretty sure I didn’t sign that”?

On the other hand, if the client is 100% certain she didn’t sign the agreement at issue, and if the issue is important enough—often it will be—then you may have no choice but to roll up your sleeves and get your hands dirty (electronically speaking).

Maybe Dawn should consider forensic investigations for her next job.

Zach Wolfe (zach@zachwolfelaw.com) is a Texas trial lawyer who handles non-compete and trade secret litigation at Zach Wolfe Law Firm. Thomson Reuters named him a Texas “Super Lawyer”® for Business Litigation in 2020, 2021, and 2022. 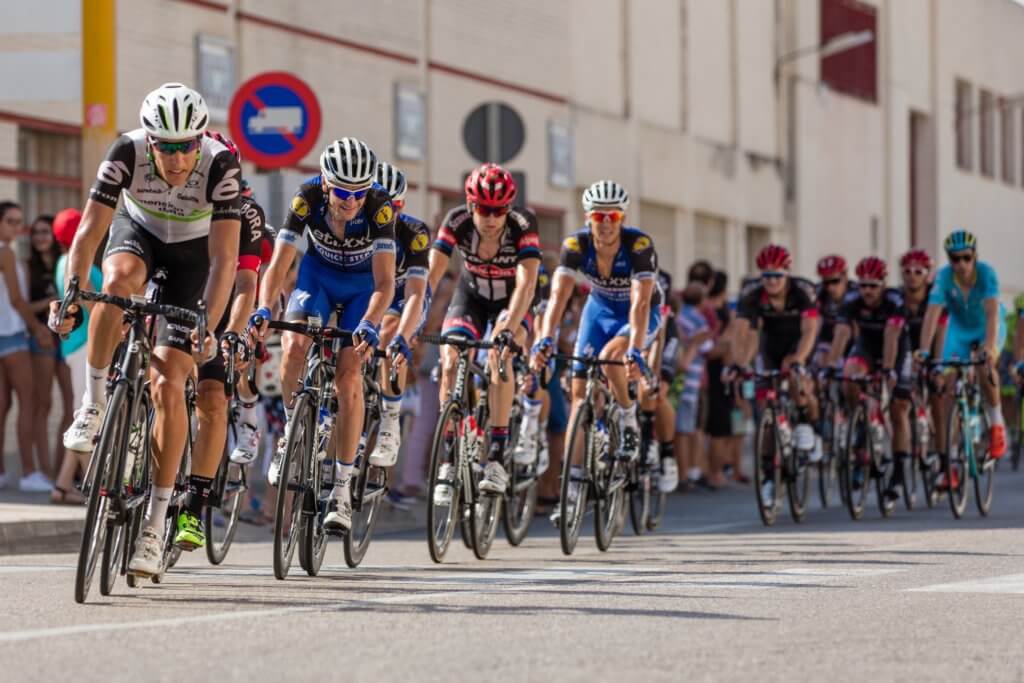 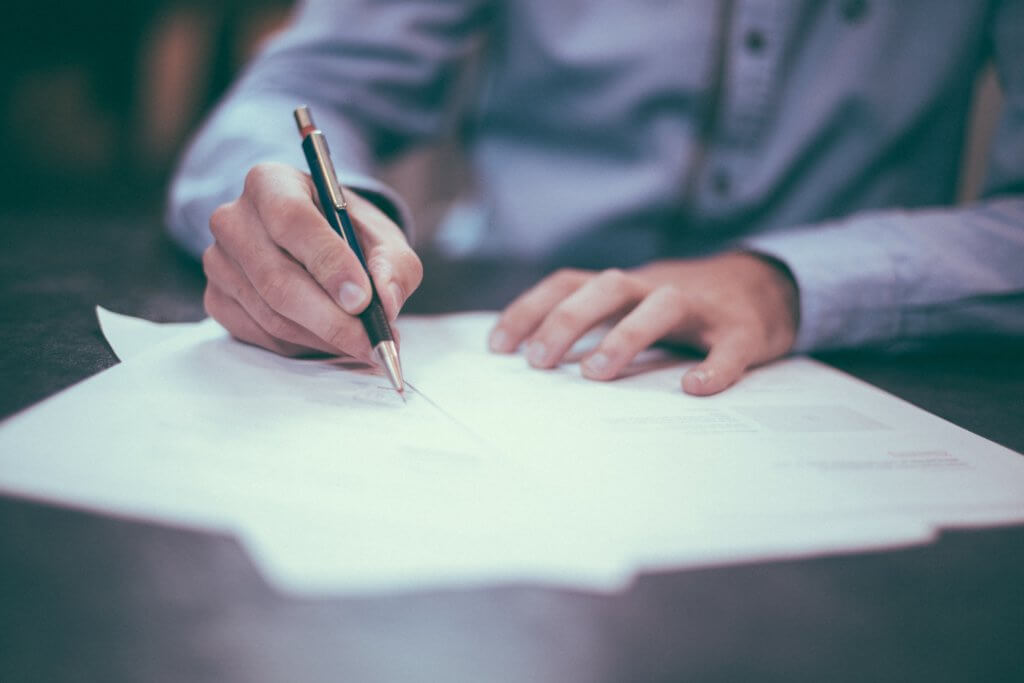 The Only Form of Employment Agreement You Need