Let the Light In: The Legacy of the Most Famous Texas Non-Compete Case

When I started practicing law in Texas in the 90s, the key non-compete case was Light v. Centel Cellular Company of Texas, 883 S.W.2d 642 (Tex. 1994). Light held that a non-compete in an at-will employment agreement was unenforceable because it was not “ancillary” to an otherwise enforceable agreement, as required by the Texas non-compete statute. We spent the next decade arguing about what that means.

Today, Light is not such a big deal, as subsequent decisions have largely abandoned it. You might say it’s the Pennoyer v. Neff of Texas non-compete law, in that it presents a dilemma for anyone teaching the subject. Does Light only deserve a brief mention, considering it is now largely obsolete, or is it worth getting down in the weeds and understanding all of its nuances and the subsequent decisions that tried to apply it?

I’m opting for a middle approach. You can find other articles that get down in the weeds. And sure, it would be fun to chronicle the 90s turf battle between the Texas Supreme Court and the Texas legislature over non-competes (see the snark in Light‘s footnote 7, for example).

But I’m just going to focus on three key hurdles Light created for enforcement of non-competes: (1) the “illusory contract” problem; (2) the “give rise to” requirement; and (3) the “designed to enforce” requirement.

The Texas Supreme Court would later knock down two of these hurdles, but one remains (maybe).

Did this mean an at-will employee cannot have an enforceable non-compete?

No. Light made it clear that an otherwise enforceable agreement “can emanate from at-will employment so long as the consideration for any promise is not illusory.” Id. at 645.

This theorizing about illusory promises was all well and good, but employers just wanted to know, how do we meet this “ancillary” requirement if an agreement to provide at-will employment is illusory? The Light opinion gave them an answer in its famous footnote 14: an employer’s agreement to provide an employee confidential information or trade secrets can be the “otherwise enforceable agreement.”

Predictably, that is exactly how employers tried to make non-competes stick after Light. The standard form of non-compete would have a non-compete tied to a confidentiality agreement.

But there was a problem, one based on the reasoning of Light itself. If the employment is at will, isn’t the employer’s agreement to provide the employee confidential information also “illusory”?

That objection was correct in theory, but unworkable in practice. What are we supposed to do, exasperated employers asked, draft the contract to require handing the employee a stack of confidential documents at the moment she signs the contract? And believe me, there was much confusion and uncertainty.

The Texas Supreme Court later cleared this up. The Alex Sheshunoff case solved the “illusory contract” problem by holding that an agreement to provide confidential information to an at-will employee becomes an “otherwise enforceable agreement” when the employer performs its obligation to provide the confidential information. Alex Sheshunoff Mgmt. Servs., L.P. v. Johnson, 209 S.W.3d 644, 655 (Tex. 2006). Thus, the “illusory contract” problem addressed in Light was largely solved.

And this was probably a good thing. Like I said, the “illusory contract” point made some sense in theory, but it caused a lot of confusion, which Sheshunoff cleared up.

The “give rise to” requirement

Light also grappled with the meaning of “ancillary.” What does it mean for a non-compete to be “ancillary” to an otherwise enforceable agreement?

We could look up “ancillary” in a dictionary, but I say it’s more important to understand the purpose of the requirement. So let’s step back and ask a more fundamental question: what is the point of the “ancillary” requirement in the first place?

Let’s illustrate. Imagine you’re an ice delivery business in the 1920s making huge profits. (See Jurassic Non-Competes.) The last thing you want is for a salesman to quit and start selling ice to your customers. So any time an employee quits, you offer to pay him $500 in exchange for agreeing not to compete for a year.

That would be a “naked” non-compete, i.e. a non-compete that is not “ancillary” to an otherwise enforceable agreement, and we don’t want that. In that scenario, we give more weight to the interest in free competition than the interest in enforcing contracts.

So, the “ancillary” requirement has to mean something more than requiring the non-compete in exchange for some benefit provided to the employee. But what?

Citing to the US Supreme Court, the Restatement (Second) of Contracts, and its own decision in DeSantis v. Wackenhut, the Texas Supreme Court reasoned in Light that “ancillary” means two things:

(1) the consideration given by the employer in the otherwise enforceable agreement must give rise to the employer’s interest in restraining the employee from competing; and

(2) the covenant must be designed to enforce the employee’s consideration or return promise in the otherwise enforceable agreement.

Personally, I think Light got this point exactly right. “Ancillary,” in this context, has to mean something more than just related. The non-compete will always be related to some benefit provided to the employee; otherwise, it would be void for lack of consideration under basic contract law principles.

But Texas employers didn’t like this “give rise to” requirement. Yes, this requirement was fairly easy to apply in the typical case where the non-compete was tied to a confidentiality agreement, but in other contexts it presented more of a problem. For example, suppose an employer requires a non-compete as part of an agreement to provide stock options to a trusted executive. It’s hard to see how the stock options “give rise to” an interest in restraining the executive from competing.

Still, businesses don’t want employees with stock options to compete, and the Texas Supreme Court likes businesses, so the court jettisoned Light’s “give rise to” requirement in Marsh USA Inc. v. Cook, 354 S.W.3d 764, 773-76 (Tex. 2011). Instead of requiring the consideration to “give rise to” the employer’s interest in restraining competition, Marsh held that it is sufficient for the consideration to be “reasonably related” to an interest worthy of protection, such as confidential information or goodwill. Id. at 775. Applying this new “reasonably related” test, Marsh held that stock options were reasonably related to the protection of goodwill. Id. at 777.

“Reasonably related” is pretty weak sauce. Personally, I think getting rid of the “give rise to” requirement was a mistake, for reasons already covered. Plus, the majority opinion in Marsh is heavy on economic theory and light on practical experience. (For a look at how non-competes actually work in practice, see The Problem With Non-Competes.)

But I’ll bet most lawyers applauded Marsh, because applying the “give rise to” requirement outside the typical confidentiality agreement scenario was such a headache. And I will give Marsh its due: it at least had the benefit of making the “ancillary” requirement simpler to apply.

The “designed to enforce” requirement

So, in the typical case involving a confidentiality agreement, Light’s “designed to enforce” requirement will usually be satisfied.

But what about other types of “otherwise enforceable agreements”? Do they still have to meet Light’s “designed to enforce” requirement? Or did Marsh abolish that requirement too?

The Court of Appeals was therefore bound to follow the “designed to enforce” requirement. “Neither Marsh nor any other Texas Supreme Court that has considered Light has overruled Light’s designed-to-enforce element of an enforceable covenant not to compete,” the court said. And it is not the function of a court of appeals to abrogate or modify Texas Supreme Court precedent. Id. at *6.

So, Light’s “designed to enforce” requirement survives. For now.

Does the requirement make any practical difference? It did in Titan, but the circumstances there were unusual. The employee signed a contract with one company, Titan, but received the confidential information from a different company, Apache, and the non-compete only restricted the employee from working for Apache. The court reasoned that a restriction on working for Apache was not designed to enforce the employee’s promise not to disclose Apache’s confidential information. Id. at *6.

Outside of oddball situations like Titan, the “designed to enforce” requirement probably doesn’t do much for the employee. But lawyers in Texas non-compete cases should at least be aware of the requirement and consider whether the contract meets it.

Zach Wolfe (zach@zachwolfelaw.com) is a Texas trial lawyer who handles non-compete and trade secret litigation at Zach Wolfe Law Firm. Thomson Reuters named him a Texas “Super Lawyer”® for Business Litigation in 2020 and 2021. This post is dedicated to Bob Schneider. 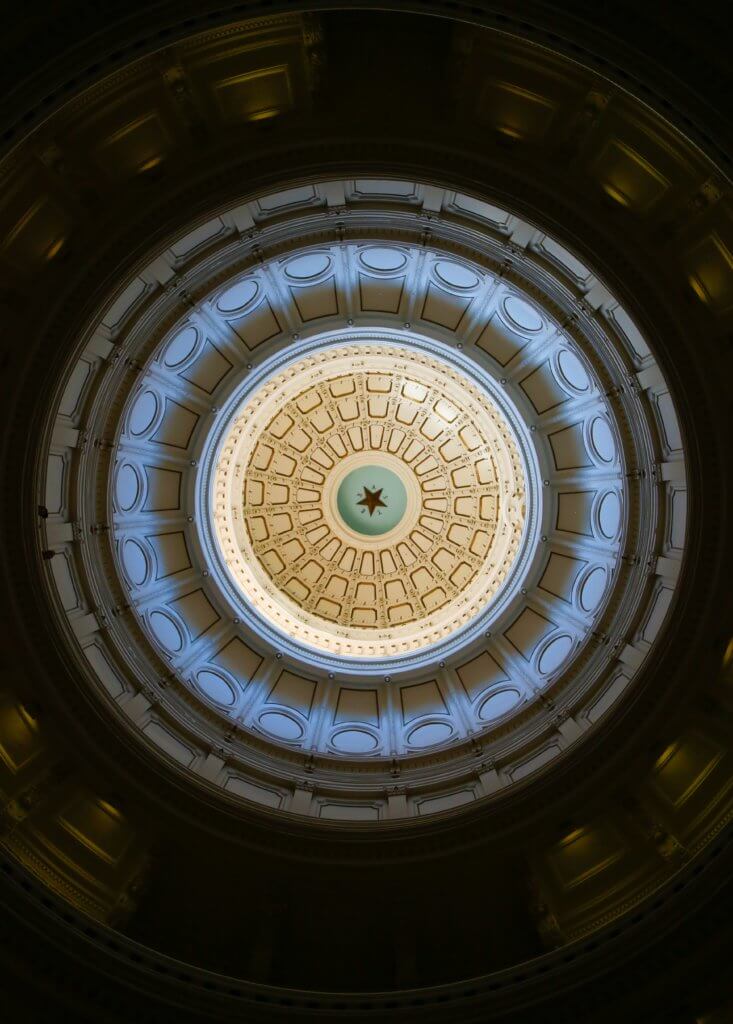