I don’t get a lot of pushback on my blog posts, which is kind of a bummer. You’d think more people would express their disagreement, especially considering I’m not shy about sharing my personal opinions about hot-button topics, like application of choice-of-law principles to multi-state non-compete disputes.

But one of my posts did generate some criticism, and from people whose opinions I value. Can you guess which post?

Was it the one about the Steak N Shake case that held inappropriate workplace contact can be sexual assault? The one about lessons from Seinfeld about the #MeToo movement? Witness prep tips from the Ken Starr interview about covering up sexual assault allegations at Baylor?

But no, it wasn’t a post about sex or any kind of controversy. It was my April 2018 post The Problem With the Elevator Speech, which I recently recirculated.

That was my critique of the standard business development advice that you should have a short prepared speech or “pitch” about yourself or your business that you’re ready to deliver whenever needed, in about the time it takes to ride an elevator. Or in contemporary terms, the time it takes to figure out how to unmute yourself on Zoom.

So what was the criticism?

I’ll get to that, but first let’s recap the key things I said are wrong about the idea of an elevator speech:

I concluded by analogizing to dating. If you’re single and meet someone you find attractive, are you going to win them over with a little speech about how you do Peloton at home every morning before sewing masks for healthcare workers?

Brilliant. When I hit “Publish” I couldn’t wait for the accolades to pour in. And there was some positive feedback. One of my loyal Fivers emailed me to say she was reading the post in the office cafeteria and giggling out loud. Must have been the hilarious “good pitching” joke. And later that week, Texas Bar Today named my post to its coveted Top 10 list.

But then the backlash. A successful small business owner who follows the blog sent me a message explaining that when you’re networking, it’s important to say something memorable about what you do. The idea was that even if you make a positive impression on someone you meet, it won’t do much good if that person doesn’t remember what you can do for them.

I could dismiss this with an “Ok, Boomer,” but I also received similar criticism from a successful lawyer I know:

Too many lawyers have no concept of branding and fail to differentiate themselves in the marketplace. As a result, when a potential client has legal problem that would be a good fit for the lawyer’s area of expertise, the client never considers that lawyer. Marketing experts tell you the goal is to try to be “top of mind” to clients who will think of you first when the need arises. Without branding and an elevator speech, lawyers are not just not top of mind, they aren’t even considered. The elevator speech is just one tool in the tool kit of branding.

Jeff Bezos has said: “Your brand is what other people say about you when you’re not in the room.” Listening is great, but it won’t get the client to call you if they don’t know and understand what you do. When you are networking and meeting folks for just a few minutes at CLE conferences, local or state bar events, or backyard BBQ’s, the elevator speech is a lot better than just handing someone your business card.

Branding requires a full 360 approach – how to build the brand requires authenticity from the get go, then identifying who needs the services/expertise and, critically, making sure to get that brand shared with those who are in need.

My key takeaways from these dissenting opinions: yes, you have to be authentic, but (1) people won’t think of hiring you or recommending you if you don’t let them know what you do, and (2) the elevator speech is a good branding tool to help people remember what you do.

So did I have it all wrong? Was my critique of the elevator speech misguided?

I decided to consult with another lawyer I respect who has a knack for business development. I asked him to read my post and share his feedback, especially any conflicting views. Here is part of the response:

I cannot give conflicting views because I agree completely.  Any client will tell you that the first thing that turns them off is being asked for business. They are smart! They know a pitch when they hear it. They know when you are fishing for their business. No one likes it. I have not heard many take your approach (no elevator speech), and that salesman approach is something I avoid. Everyone is different but pretty much all of my business has come through personal relationships—genuine personal relationships. Honesty—it’s ok!  Knowing that I will not connect with everyone, I put myself out there honestly and genuinely. I think that makes folks more comfortable to start.

This lawyer went on to give specific examples of being honest and genuine even when it might turn some people off.

So, just when I thought I was too hard on the idea of an elevator speech, here’s a successful business developer who seems to agree with my original point. Instead of making a sales pitch, this lawyer says focus on developing genuine personal relationships.

Great. Now what am I supposed to do?

Of course, these seemingly conflicting views can be reconciled, to some extent. Everyone seems to agree it’s best to be honest, genuine, and authentic–like that commercial with Walmart employees singing “Lean On Me.” So, if you’re going to develop an “elevator speech,” you should still be yourself, and don’t make it too “salesy.” I still think my original opinion does point out some real problems with the idea of an elevator speech.

But on further reflection, I must concede are two key problems with my original advice to forego the elevator speech and focus more on listening to other people.

First, even if you don’t have an elevator speech to deliver to other people, you should at least develop one for yourself.

If you can’t clearly tell yourself in 30 seconds what your specialty is and how you’re different from others in your profession, then maybe you haven’t really thought that through. You need some concept of “branding” if you want to get noticed. Either that or a viral Tik-Tok video.

Second, listening is great, but if you want to develop business you’re going to have to talk about yourself at least a little.

Let’s go back to my dating analogy. Sure, if you want to date someone, a PowerPoint presentation on “why you should find me attractive” is probably not the best approach. But on the other hand, if you never give that person any indication that you’re interested, they may just move on to someone else. Just think how many romantic comedies use this very problem as a major plot point.

It doesn’t have to be a “speech,” but at some point you need to let people know what it is you do. And if you do it the right way, you might even want to tell people “I want your business” or “please refer clients to me.”

This reminds me of a story about Bill Clinton’s early years. I may get the details wrong, but that’s not the point. The story is that he carried around a little notebook that he would write people’s names in. When people asked what he was doing, he told them his plan was to move back to Arkansas and run for office, and he wanted to keep track of everyone he met.

Now that’s an elevator speech. Put aside for a moment whether you like Clinton or can’t stand him. What I love about the story is the combination of honesty and self-promotion. He just came right out and said it: I’m going into politics and want you to be part of my network of contacts.

Now, some might recoil from such blatant schmoozing, but I bet people found it refreshing. Instead of pretending to be your friend without letting on he planned to hit you up for money or a favor later, Clinton was transparent about what he was up to. And there’s something else appealing: in a sense, he was inviting you to be part of his project.

So maybe the next time someone asks me what I do, I’ll say “I want to become the best known non-compete litigator in Houston, and I’m trying to hit 30,000 views of my blog Five Minute Law this year, can I add you to my email list?”

Wait. Did I just discover my elevator speech? 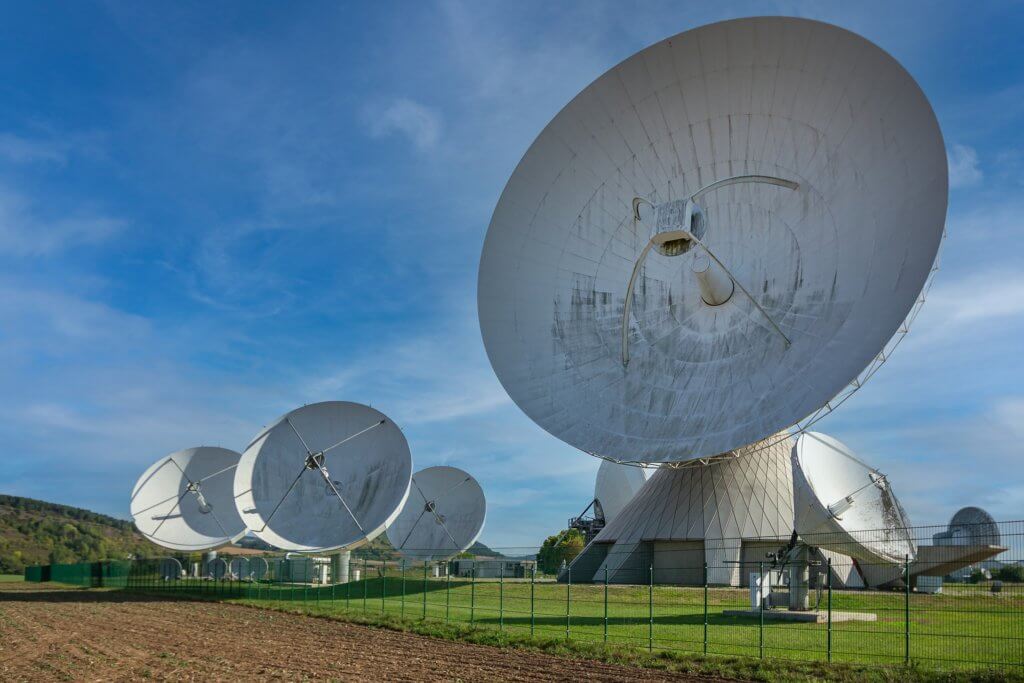 Why Don’t I Have a Podcast? 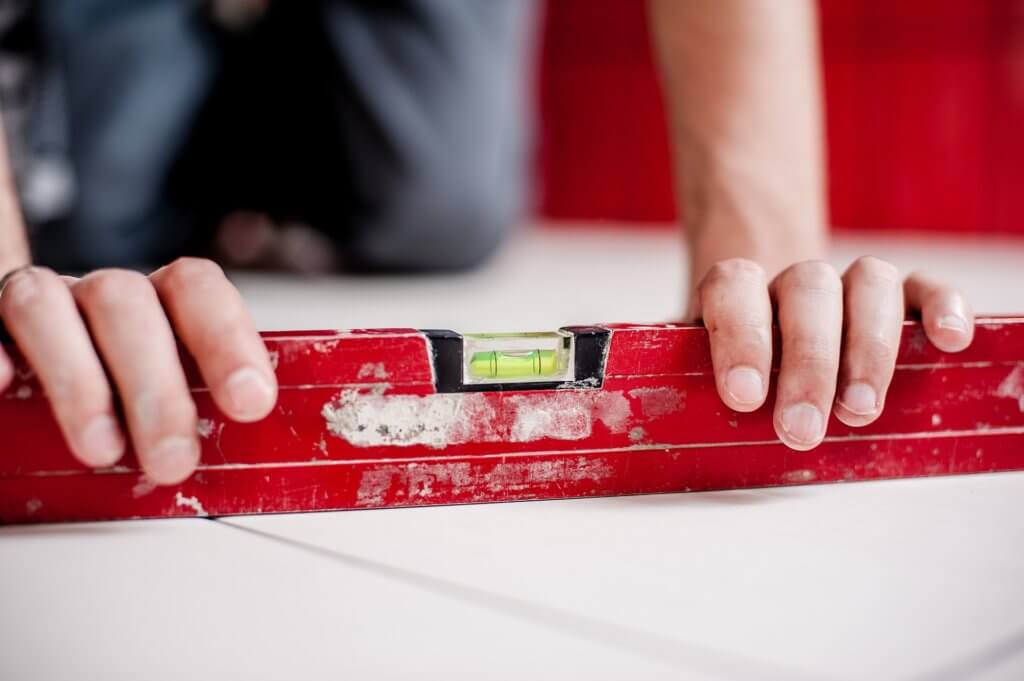 The Three Levels of Business Development for Lawyers

Great post 🙂 Generally, I don’t think brands (or rather brand names) transport trust. I would never read anything called fiveminutelaw based on the name “fiveminutelaw” (which is, after all, nothing more than a brand name — and thereby, essentially meaningless). For the same reason, I don’t use Google to search for information — “Google” is just a brand name, it’s not meaningful in any way. My business is devoted to managing containers for online content. If you want to more, reply and/or send me a msg … and perhaps we can start building a genuine personal relationship from there. 😉