I have to admit it. When I saw the headline Dannon Defector to Chobani Ignites Yogurt Trade Secrets Battle, I laughed. Trade secrets? In the Greek yogurt business?

But trade secrets lawsuits are no laughing matter, whether you’re the employer trying to protect your business, the employee trying to start a new job, or the competitor who just hired the new employee. And thanks to the 2016 Defend Trade Secrets Act, the company claiming theft of trade secrets can now make a federal case out of it.

So I’m sure Federico Muyshondt, a former Senior Sales VP at Dannon and current Senior VP at Chobani, is not laughing about getting sued by Dannon in the U.S. District Court for the Southern District of New York.

And once you dig into the allegations in Dannon’s complaint, you can see that the claim is not as silly as it may sound. If the evidence backs up Dannon’s assertions, Dannon has a real case for trade secrets misappropriation.

In fact, the Dannon complaint reads like an all-too-typical script for how these departing employee scenarios usually go down.

Both federal and state trade secrets law require an employer to take reasonable measures to protect the secrecy of its alleged trade secrets. Fortunately for employers, most courts set the bar pretty low for “reasonable measures.” It is usually enough for an employer to do the basics: have employees sign confidentiality agreements, require protection of confidential information in the employee manual, and have password-protected computers. The Dannon complaint alleged each of these basics. (¶¶ 18, 22)

There are additional measures employers can—but are not required—to take to protect trade secrets. Imagination is the only limit to how far you can go to protect confidential company information. According to the Dannon complaint:

You’d expect this kind of thing from, say, a defense contractor working on a next-generation fighter jet. It’s pretty strong stuff for a yogurt company.

Of course, it’s possible that a company could adopt a written policy that requires jumping through all kinds of hoops to protect company information and then not actually follow the policy. But any company that makes a good faith effort to follow policies like this probably won’t have much trouble clearing the “reasonable measures” hurdle for trade secret protection.

Trade secret issues often intersect with non-compete issues. Like many employees, Muyshondt signed a non-competition and confidentiality agreement with Dannon

According the Dannon complaint, Muyshondt attended a seminar on August 2, 2017 where Chobani’s COO was speaking. Less than two weeks later, Muyshondt forwarded his resume to his personal email account.

So far, this doesn’t allege anything unlawful. Generally employees are allowed to make plans to leave to work for a competitor. But employees often go wrong by doing more than this.

Employees planning to leave a company—and competitors looking to hire them—should use common sense to avoid becoming an episode of Employees Behaving Badly.

On my YouTube channel That Non-Compete Lawyer, I recently posted a video on the Top 5 Dumb Things Employees Do Before Leaving, like forwarding company documents to your personal email account. These things are pretty obvious, but apparently Muyshondt doesn’t watch my videos.

After attending the seminar, Muyshondt allegedly forwarded several confidential Dannon documents to his personal email account, including his non-compete, the non-competes of members of his sales team, contact information for his sales team, confidential information about Dannon’s advertising and promotional spending, and an email laying out Dannon’s strengths and weaknesses, potential strategies, and plans for certain products. (¶¶ 31, 34, 36)

Ok, but at least he didn’t download thousands of company files right before leaving, like the key employee in the Waymo v. Uber case, right?

Dannon claims that Muyshondt downloaded thousands of Dannon files to a USB device, including confidential salary information and “merch calendars” containing confidential plans for pricing promotions and other sales strategies. He also allegedly removed the SIM card from his company-issued mobile phone and substituting a new SIM card without telling Dannon. (¶ 31)

Downloading company files was no. 4 on my Top 5.

7. Employee deletes documents from his computer and resigns

Finally, Dannon also alleges Made a “massive effort” to delete documents from his work computer. (¶ 31) That was no. 2 on my list.

Dannon alleges that it held an exit interview with Muyshondt. This is generally a good practice for employers. It’s an opportunity to ask the employee what he plans to do and to remind the employee of his confidentiality and, if applicable, non-competition or non-solicitation obligations.

It’s also an opportunity for the employee to dig a deeper hole by not being completely honest, which is what Dannon claims Muyshondt did.

If the employer suspects something fishy, a forensic examination of the employee’s computer and phone is usually the next logical step. Dannon claims that it did just that, uncovering the evidence of email forwarding, file downloading, and file deleting described above.

Even when the employer discovers an employee behaving badly, stating a trade secrets claim still requires showing that the information at issue is a trade secret.

“Hard” trade secrets—like the literal or figurative “secret sauce”—are the easiest to understand.

But the Dannon complaint—like most—focuses on a different kind of information.

The Dannon complaint, for example, alleges misappropriation of:

Now, if you’re in Dannon’s position and you want to sue, where are you going to do it?

This is apparent in the Dannon complaint, which states both a federal trade secrets claim under the DTSA and a claim under New York common law (New York being one of the few states that has not adopted the Uniform Trade Secrets Act). While federal and state trade secrets laws are fairly consistent, there are differences. See “inevitable disclosure” below.

The DTSA’s ex parte seizure remedy received a lot of attention when the statute was passed, but use of this procedure has been—and will continue to be—very rare. Like most trade secrets lawsuits, the Dannon complaint asks for an injunction but does not request an ex parte seizure order.

Dannon claims the information in the merch calendars is highly sensitive because a competitor, such as Chobani, “could use the information to time its own promotions and other sales activity to go into effect just before Dannon’s planned dates.” (¶ 39)

This is a version of the “price undercutting” theory commonly asserted in trade secrets cases. Whether the prices are actually trade secrets is another fact-intensive issue. It depends on multiple factors, including whether prices are widely publicized and how often prices change.

The “inevitable disclosure” doctrine fills this gap by allowing a court to enjoin an employee from working for a competitor, even without such evidence, on the theory that the employee will inevitably use or disclose the trade secrets learned from the prior employer. But the status of the doctrine is unclear in Texas, and the DTSA curbs the use of the doctrine by providing that the court cannot “prevent a person from entering into an employment relationship.”

One thing you sometimes see in a trade secrets lawsuit that is lacking in the Dannon complaint is a litany of “bad” emails, like emails between Muyshondt and Chobani talking about their plans for Muyshondt to jump ship and compete with Dannon. Emails like that can help prove the employee’s intent to cause imminent harm to the employer. Without that kind of evidence, the employer usually has to argue inevitable disclosure.

Lessons from the Greek Yogurt Wars

The lessons for an employer: take basic precautions to protect company information, consider taking additional security measures, do an exit interview, and promptly do a forensic exam if you smell a rat.

The lesson for an employee: use common sense (and subscribe to my YouTube channel). Assume that everything you do electronically will leave a trail (because it will). Don’t forward company documents to your personal email account. Don’t download thousands of company files shortly before leaving. Don’t try to cover up the trail by deleting documents; that will leave a trail of its own.

The lesson for a competitor planning to hire away a key employees: tell the employee early and often not to do the things he shouldn’t do.

Because if the employee you hire behaves badly, the joke may be on you.

*Update: Dannon and Muyshondt settled quickly. On May 29, 2018, the court entered this Permanent Consent Injunction, in which Muyshondt represented he diligently searched for and turned over all documents potentially containing Dannon’s confidential information and trade secrets. 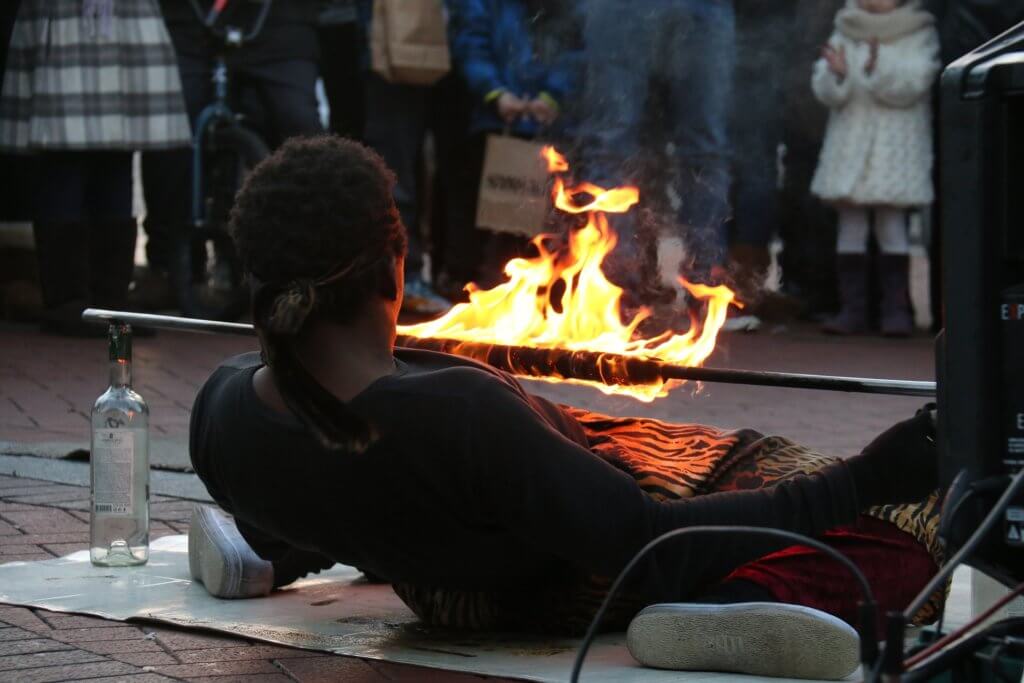 And rather helpful for the lawsuit you just advised me on… Thank you!

Glad to be of service. Thanks for checking it out.